Big emotions on a small pitch The WeyKick® "Stadium 7500" is loved by all age groups. The principle is ingenious and simple: the figures are moved via magnets underneath the playing surface. Just like real football, the ball has to be played into the opponent's goal.

The WeyKick® "Stadium 7500" – play football on the living room table.
With the WeyKick® "Stadium 7500", you can turn any simple table into a games arena. This table-top game has a highly stimulative nature and certainly won't be lying around unused for long. In this table-top football, the figures may only move in their own half of the field. The aim is to play the ball into the opponent's goal. The first to score 10 goals is the winner.


The table-top game loved by everyone. For use in nurseries, schools and at home: the WeyKick® "Stadium 7500". 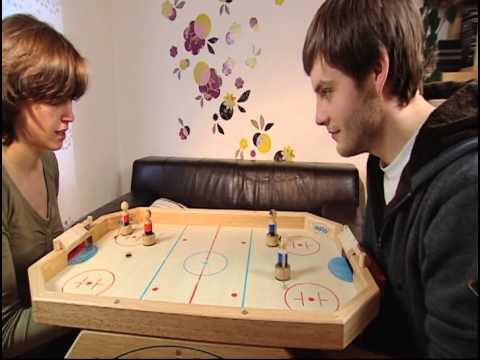 This toy contains magnets or magnetic components. Magnets sticking together or becoming attached to a metallic object inside the human body can cause serious or fatal injury. Seek immediate medical help if magnets are swallowed or inhaled.

Not suitable for children under 3 years.

Four in a Row